Wooragee Primary School is the recipient of the 2015 Kevin Heinze Perpetual Award for school garden excellence.

The late Kevin Heinze was the face of gardening in Victoria for many years, as host of his popular “Sow What” program. Now in its 38th year the Victorian Schools Garden Awards (VSGA) are a direct legacy of Mr Heinze, and in 2015 the program distributed in excess of $40,000 in awards to winning schools. Wooragee Primary School is a tiny school doing amazing things.

With just 13 students the school has a garden class every week led by their 85 year old head gardener. They have a kitchen program where students learn the art of cooking and preserving the produce they’ve grown. The Award caps off an amazing year for the regional school located near beautiful Beechworth in North East Victoria who are renowned for being an environmentally friendly school. 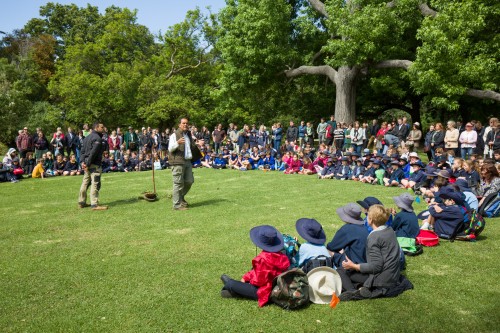 Over 350 school children attended the Awards ceremony held at Melbourne’s Royal Botanic Gardens, on a day where Melbourne showed all four seasons in one but nothing could damped the spirits of the representing schools from all over Victoria, who had successfully navigated through rounds of judging in the various categories.

Through their enthusiasm and participation, 125 Victorian schools entered, reflecting the increased importance placed on the development of school gardens as teaching resources, and the value of green-space in creating healthy surroundings, conductive to learning and life.

Chris Keating from the 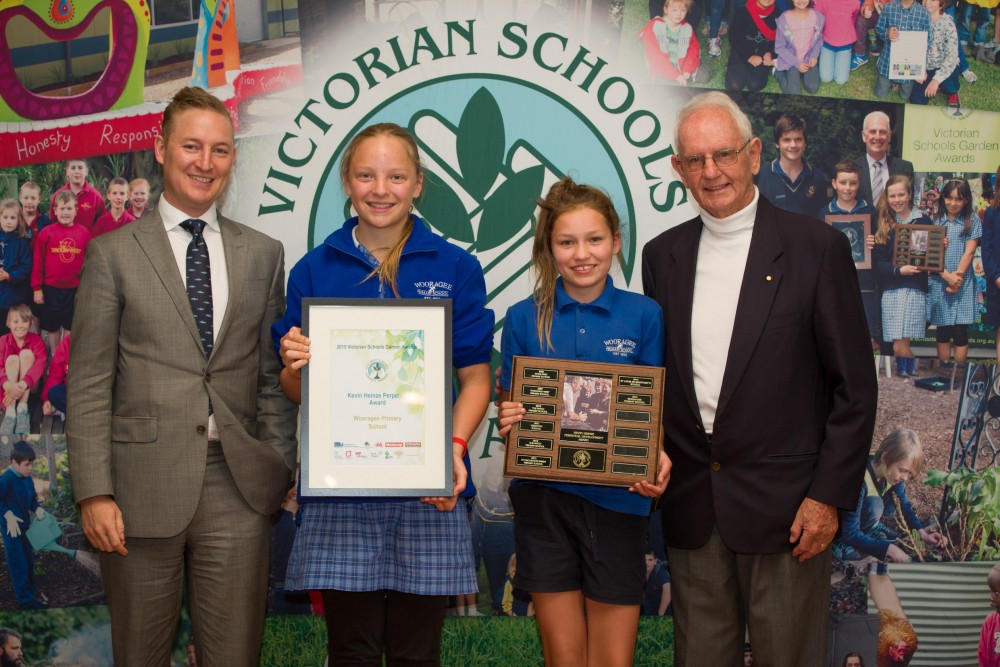 Victorian Department of Education and Training presented the State Awards and Kevin Heinze Perpetual Award alongside Paul Crowe OAM, VSGA Patron and co-founder of the program.